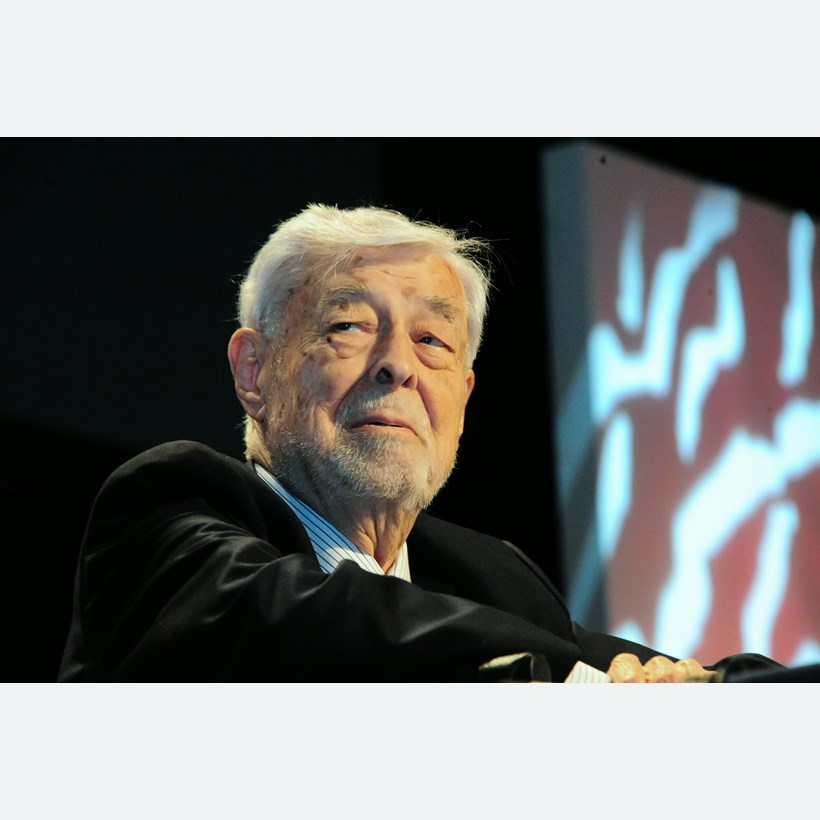 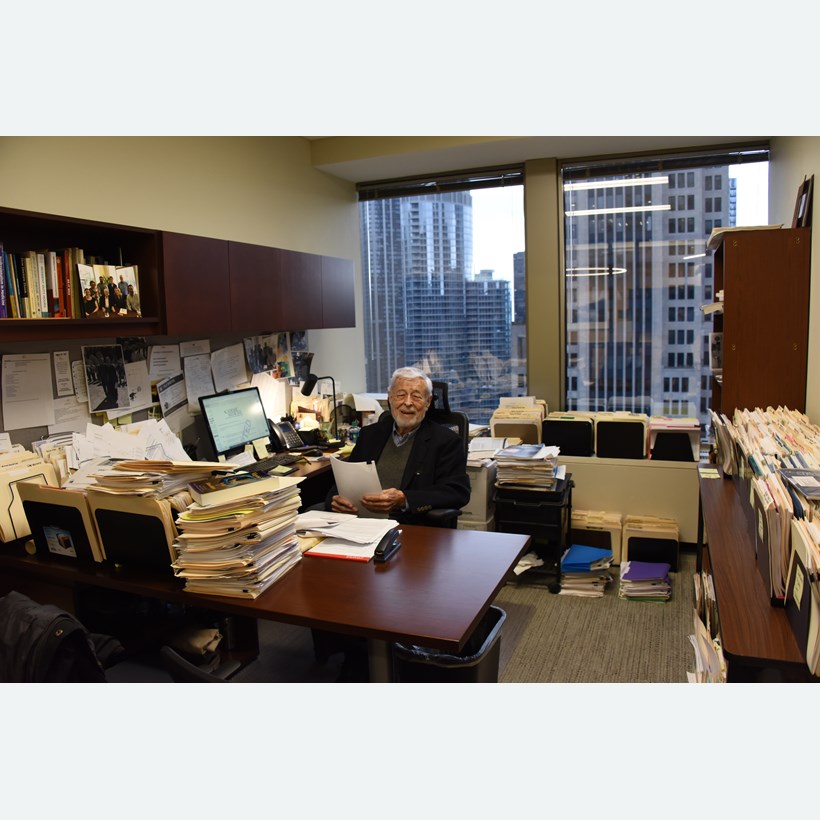 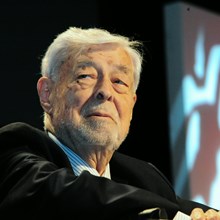 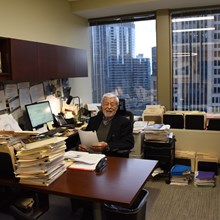 “Trust and love are the two most powerful forces in the world.”
--Bud Baldwin

It is with great sadness that the Accreditation Council for Graduate Medical Education (ACGME) shares the passing of DeWitt C. “Bud” Baldwin Jr., MD, a pioneer of the interprofessional teamwork movement and highly regarded for his research around medical resident and fellow burnout and well-being, and his significant contributions to medicine. Bud died peacefully in his home in Chicago, Illinois on January 5, 2022. He was 99.

He is survived by his wife, Michele, two daughters, and four grandchildren.

Known affectionately by his colleagues and friends as “Bud,” Dr. Baldwin dedicated the last 14 years of his remarkable career as a Senior Scholar-in-Residence at the ACGME, advocating for and studying the experience of medical residents and fellows in the clinical learning environment.

ACGME President and Chief Executive Officer Thomas J. Nasca, MD, MACP said of Dr. Baldwin, “His expertise and vision have helped shape major initiatives in American medical education across the continuum and have led to innovations that improved education and safety in residency and fellowship programs, their Sponsoring Institutions, and ultimately, in the clinical practice of medicine.”

The son of missionary educators who worked alongside medical care teams, Dr. Baldwin lived in Burma (now Myanmar) until age 10. This early experience had a lasting impact on him as he developed into a caring and humanistic physician and educator.

Dr. Baldwin became a noted champion of humanism in medical education, long advocating for the reform of medical school curricula. He emphasized the need for mental health support for medical students, residents, and fellows, and dedicated his research to developing strategies and guidelines to enable young physicians to seek support in healing themselves.

In addition to his focus on developing well-rounded compassionate doctors, Dr. Baldwin also introduced into medicine the concept of interprofessional teamwork: teaching physicians and other health providers to care for patients within a collaborative team approach, for which he has received two honorary doctorates.

A pediatrician, family physician, and psychiatrist, Dr. Baldwin was educated at Swarthmore College, the Sheffield Scientific School at Yale, Yale Divinity School, Yale Medical School, and the University of Minnesota and Yale Graduate Schools. He was a diplomate of the National Board of Medical Examiners, the American Board of Pediatrics, and the American Board of Family Practice. During his academic career, he wrote, lectured, and conducted research in the fields of higher education, moral development, interdisciplinary health professions education, medical ethics, rural health, behavioral sciences, humanistic medicine, child development, psychology, and dentistry. He has published more than 200 articles, several books, and is the recipient of numerous honors and awards.

In 2010, the ACGME gave Dr. Baldwin its highest award, the John C. Gienapp Award, which honors those who have dedicated themselves to graduate medical education and have made outstanding contributions to the enhancement of resident and fellow education and ACGME accreditation activities. That same year, the ACGME launched the Baldwin Seminar Series in his name, an ongoing program designed to bring great thinkers into the ACGME to challenge, provoke, and enlighten staff members across departments, as well as invited guests and colleagues from outside the organization.

While Dr. Baldwin’s ideas for educational reform for physicians may have started decades ago, they remain relevant to graduate medical education today. In early 2016, the ACGME, in partnership with the Arnold P. Gold Foundation, presented the first DeWitt C. Baldwin Jr. Award. This annual award (not presented in 2021 or 2022 due to COVID-19 disruptions) is given to academic institutions that demonstrate a humanistic culture and foster a respectful and supportive environment for medical education.

Dr. Baldwin was awarded an honorary Doctor of Humane Letters from Rosalind Franklin University of Medicine and Science (RFUMS) in 2011. In 2014, RFUMS dedicated the DeWitt C. Baldwin Institute for Interprofessional Education to honor his vision, innovations, and dedication to the pursuit of interprofessional education and practice and team-based care.

At that time, RFUMS President and CEO K. Michael Welch said, “I view Dr. Baldwin as the father of interprofessional education in this country. His leadership and scholarship have inspired and guided our own commitment to building a learning environment that promotes collaborative, team-based care,” adding, “we are proud to honor a physician and humanitarian who dedicated his life to interprofessional education and practice.”

Dr. Timothy Brigham, ACGME chief education officer and chief of staff, has long regarded Dr. Baldwin as the ACGME’s “North Star.” He also noted that, “Every major medical education advancement that we could think of, we can trace it all back to Bud, and he’s a true living legend at the ACGME. One of the crowning characteristics of someone who’s truly great is that they don’t think they’re that great, and that’s Bud.”

Dr. Baldwin was a model of integrity. His passion for his work and compassion for other human beings is palpable in every conversation anyone ever had with him and in everything he did. He lived a long and accomplished life, full of achievements, adventures, and above all, love. He will be sorely missed by all his colleagues and friends at the ACGME, and by the entire medical community.