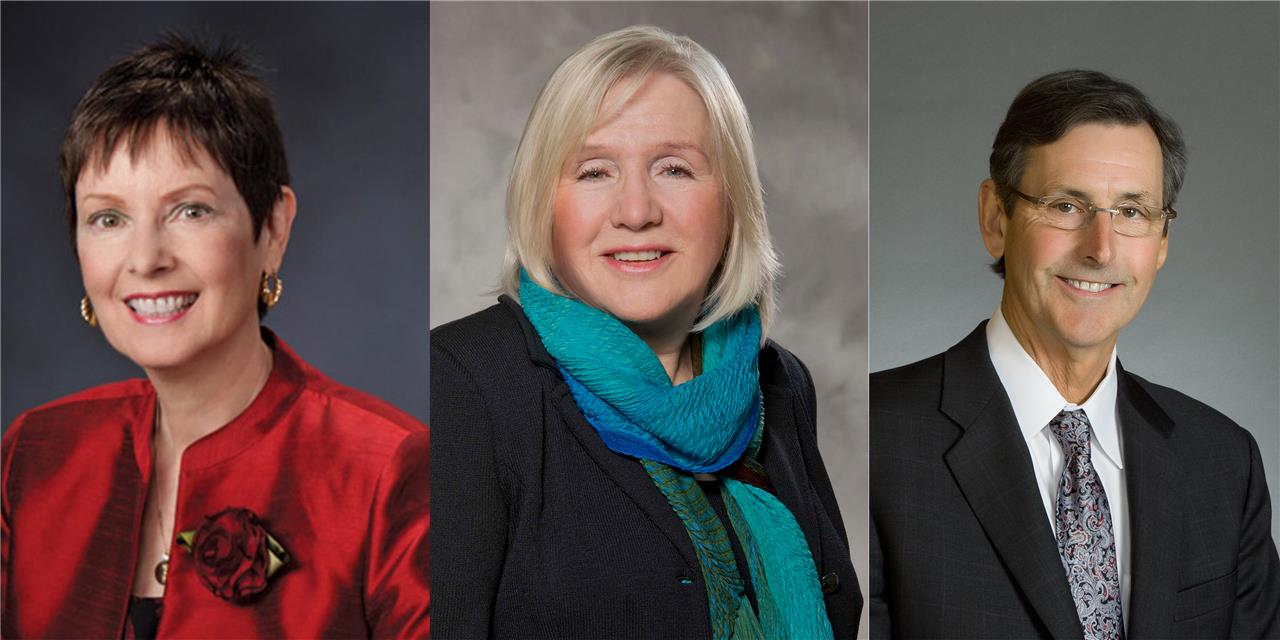 At its September 2020 annual Board meeting, the ACGME Board of Directors approved the following slate of officers.

Karen J. Nichols, DO, MA, MACOI, CS is the new Chair of the ACGME Board. In this role, she oversees the implementation of the organization's strategic plan and all committees that have activities in accreditation or education and training; is an ex-officio member of each ACGME committee and council; and chairs the three major Board meetings each year. She will serve a two-year term.

Claudia J. Wyatt-Johnson, MA is the new Vice Chair. In this role, she will assume the Chair’s duties if the Chair is absent or unable to perform those duties. She will serve a one-year term. Ms. Wyatt-Johnson is a public director of the ACGME. She is co-founder of Partners In Performance (PINP), a strategic human resource consulting firm that works extensively with hospital systems, physician practice groups, and community health plans, as well as a wide spectrum of the broader health care industry. In this role, she helps organizations become the best places for talented people to choose to work. She consults to boards on effective oversight and on the requirements of Intermediate Sanctions. She has focused on recruitment and retention of clinical staff and on pay and performance in a not-for-profit environment. She has also created incentive programs for a range of organizations and has helped clients implement systems to address generational differences and foster diversity.

Prior to PINP, Ms. Wyatt-Johnson was a Principal with Ernst & Young and was a health care industry practice leader and Midwest compensation practice leader for Watson Wyatt (now Willis Towers Watson). Early in her career she was Manager of Employee Relations at JCAHO. She is also an Officer of the Board of Trustees at Lake Forest College.

Ms. Wyatt-Johnson has completed the Leadership Development Program at the Harvard Business School and the Women’s Director Development Program at the Kellogg School of Management at Northwestern University. She has appeared on national television and radio, is a frequent speaker on human resource issues, and has published numerous articles in health care journals on compensation and oversight.

H. Hunt Batjer, MD, FACS is the new Treasurer of the ACGME Board. In this role, he chairs the Finance Committee. He will serve a one-year term.

Dr. Batjer is recognized internationally as a leading cerebrovascular surgeon. His research in ischemic and hemorrhagic stroke has resulted in over 470 publications and book chapters. He has presented 53 endowed lectureships and served as visiting professor in 63 medical institutions worldwide. He considers his involvement with the ACGME’s mission of improving health care and population health by assessing and advancing the quality of resident physicians' education through accreditation one of his most important contributions to the field.