At its September 2022 annual meeting, the ACGME Board of Directors approved the following slate of officers.

Claudia J. Wyatt-Johnson, MA is the new Chair of the ACGME Board and the first public director of the ACGME to serve in this role. As Chair, she oversees implementation of the organization's strategic plan and all committees that have activities in accreditation or education and training; is an ex-officio member of each ACGME committee and council; and chairs the three major Board meetings each year. She will serve a two-year term.

“Claudia Wyatt-Johnson has been an invaluable voice on the Board as a Director, and having her take on leadership as Chair, as the first Public Director in that role, exemplifies the ACGME’s commitment to serving the public in fulfilling our mission,” said ACGME President and Chief Executive Officer Thomas J. Nasca, MD, MACP. “She will be an inspiring and influential Chair and I am proud to work alongside her to improve health care, population health, and graduate medical education.”

Ms. Wyatt-Johnson is a co-founder of Partners In Performance (PINP), a strategic human resource consulting firm that works extensively with hospital systems, physician practice groups, and community health plans, as well as a wide spectrum of the broader health care industry. In this role, she helps organizations become the best places for talented people to choose to work. She consults to boards on effective oversight and on the requirements of Intermediate Sanctions. She has focused on recruitment and retention of clinical staff members and on pay and performance in a not-for-profit environment. She has also created incentive programs for a range of organizations and helped clients implement systems to address generational differences and foster diversity.

Prior to PINP, Ms. Wyatt-Johnson was a principal with Ernst & Young and was a health care industry practice leader and Midwest compensation practice leader for Watson Wyatt (now Willis Towers Watson). Early in her career she was manager of Employee Relations at JCAHO. She is also an officer of the Board of Trustees at Lake Forest College and a member of the International Women’s Foundation.

Ms. Wyatt-Johnson completed the Leadership Development Program at the Harvard Business School and the Women’s Director Development Program at the Kellogg School of Management at Northwestern University. She has appeared on national television and radio, is a frequent speaker on human resource issues, and has published numerous articles in health care journals on compensation and oversight.

Ms. Wyatt-Johnson has a Bachelor of Arts degree from Lake Forest College and a Master of Science degree from Loyola University.  She has studied at the Graham School of the University of Chicago since 2007. 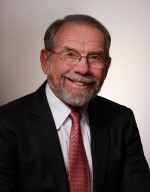 George E. Thibault, MD is the new Vice Chair. He will assume the Chair’s duties if the Chair is absent or unable to perform those duties, and will serve a one-year term.

Dr. Thibault is currently the Daniel D. Federman Professor of Medicine and Medical Education Emeritus at Harvard Medical School (HMS). He previously served as the seventh President of the Josiah Macy Jr. Foundation, Vice President of Clinical Affairs at Partners Healthcare System in Boston, and Director of the Academy at Harvard Medical School. He previously served as chief medical officer at Brigham and Women’s Hospital and as chief of medicine at the Harvard-affiliated Brockton/West Roxbury VA Hospital. He was associate chief of medicine and director of the internal medical residency program, among other roles, at the Massachusetts General Hospital (MGH). Throughout his career, he has been recognized for his roles in teaching and mentoring medical students, residents, fellows, and junior faculty members.

For nearly four decades at HMS, Dr. Thibault played leadership roles in many aspects of undergraduate and graduate medical education. He played a central role in the New Pathway Curriculum reform and was a leader in the new Integrated Curriculum reform. He was the Founding Director of the Academy at HMS, which was created to recognize outstanding teachers and promote innovations in medical education.

Dr. Thibault was chairman of the Board of the MGH Institute of Health Professions from 2005 to 2018 and chairman of the Board of the New York Academy of Medicine from 2014 to 2018. He is a past president of the Harvard Medical Alumni Association and a past chair of Alumni Relations at HMS. He served on the Boards of the Institute on Medicine as a Profession, the New York Academy of Science, McLean Hospital, and Partners Community Health Inc. He served on the President’s White House Fellows Commission during the Obama Administration, and for 12 years he chaired the Special Medical Advisory Group for the Department of Veterans Affairs. He currently serves on the Board of the Arnold P. Gold Foundation. 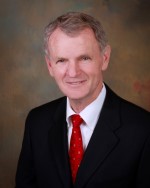 H. Roger Hadley, MD is the new Treasurer. In this role, he chairs the Finance Committee of the Board of Directors. He will serve a one-year term.

Serving on the ACGME fuels his passion for quality medical education, from first-year medical student to completion of residency/fellowship. From 2012 to 2018, Dr. Hadley was a member of the Board of Trustees of the Liaison Committee of Medical Education. While serving as the chief medical officer of Loma Linda University Health, Dr. Hadley worked with residents in achieving higher quality and more efficient care of the hospitalized patient. He has authored more than 70 articles in professional journals and written more than 20 chapters in medical textbooks.

Dr. Hadley completed both his bachelor's and medical degrees at Loma Linda University. He completed a residency in general surgery at Loma Linda University Medical Center, and a urology residency and fellowship in female urology and neuro-urology at the University of California, Los Angeles. His student and resident journey included studies in Saigon, Vietnam; Davos, Switzerland; Athens, Greece; and Edinburgh, Scotland.