"The Heart of What We Do" - Dr. Vivek Murthy on Rediscovering Meaning in Medicine 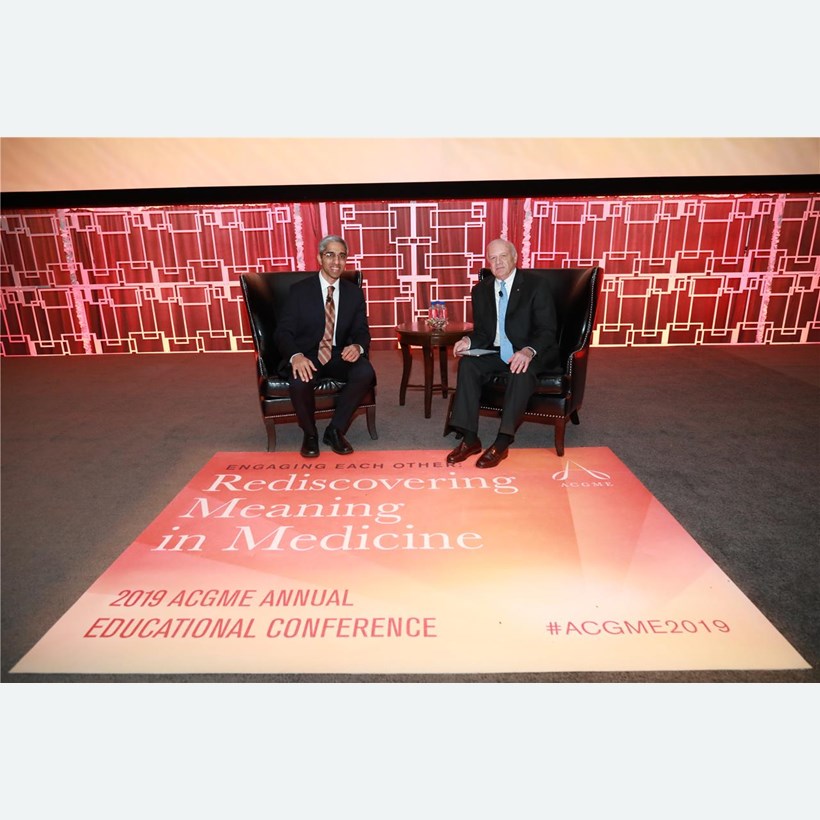 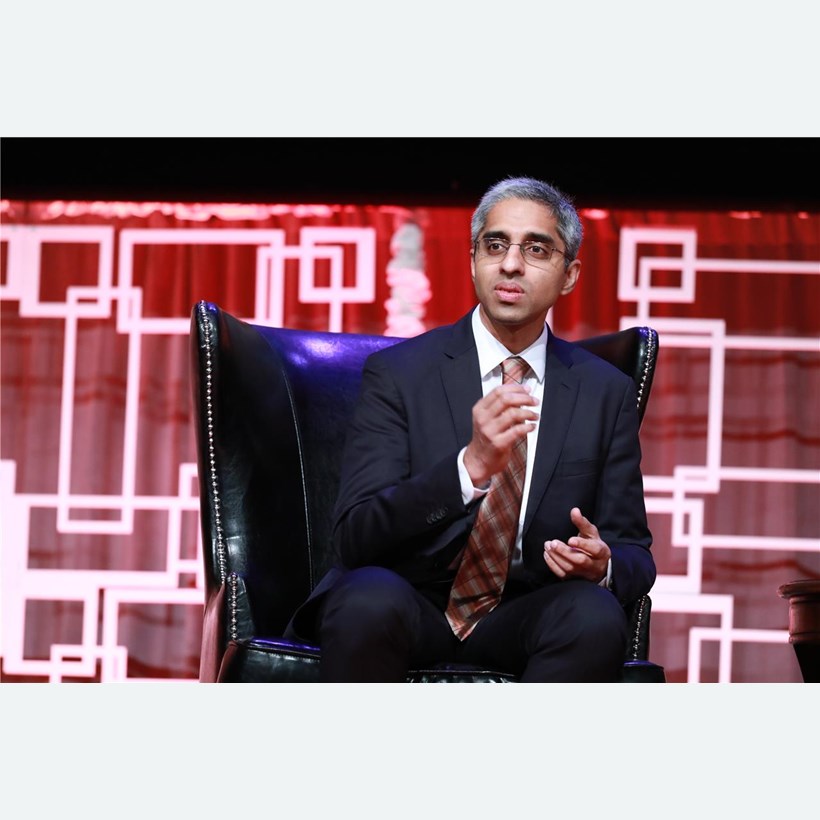 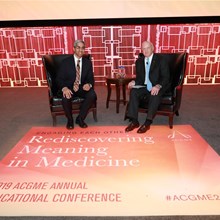 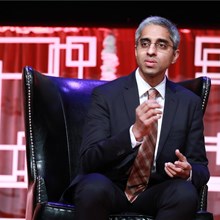 Cultivating courage, connecting on an emotional level at the workplace, and curing loneliness were all topics of discussion during a highly personal, inspirational, 90-minute fireside chat between 19th Surgeon General of the United States Vivek H. Murthy, MD, MBA and ACGME President and Chief Executive Officer Thomas J. Nasca, MD, MACP during the Marvin R. Dunn Keynote Address at the 2019 Annual Educational Conference in Orlando, Florida.

Dr. Murthy’s earliest memories of medicine were from the inside of his parents’ family medicine practice, where they infused clinical expertise with heartfelt care.

“I was too young to understand the science, but what I did see was my parents building these extraordinary relationships with people,” he said. Dr. Murthy carried that vision of medicine as caring, not just curing, into his own career. “That’s what inspired me to go into medicine.”

A recording of the full Marvin R. Dunn Keynote with Dr. Murthy is available on our Vimeo channel. (1:40:00)

Dr. Nasca asked Dr. Murthy about the role of professionalism in medicine and what qualities the graduate medical community should foment in young physicians.

Dr. Murthy said having values and principles isn’t enough, insisting that, “we have to live by those principles and values.” This, he said, is courage, and physicians should work to cultivate courage among their colleagues and residents and fellows. In their unique place in society and in individuals’ lives, physicians often see injustice and inequity first hand, he said.

“The question becomes what do we do in the face of injustice? To call it out requires courage,” Dr. Murthy said. He noted that courage is not always convenient, and that it is, in fact, a resource “that has to be continuously renewed.”

Dr. Murthy also explored an “epidemic of loneliness” he said he began to recognize during his tenure as Surgeon General. One of the most common threads among people he met, he realized, was a profound sense of loneliness and isolation, which studies show have significant negative effects on health.

“Loneliness was the most common pathology I encountered,” he said.

People who are lonely live shorter lives, he said, adding that loneliness has been found to have the same impact on people’s health and lifespan as smoking 15 cigarettes a day for many years. This disconnection affects those in medicine who suffer from burnout, depression, and suicidal ideation.

“I see it actually as a primary concern, not just as a health concern but as a concern as a society,” Dr. Murthy said.

While the negative impact of loneliness cannot be denied, the treatment can be relatively simple. Part of treating loneliness is creating moments for genuine human interaction, which can be achieved on several levels, Dr. Murthy said.

“As institutions, one of the most powerful things we can do to foster social connections in the workplace,” he said. “We can create opportunities to learn about each other in authentic ways.”

When he was the Surgeon General, Dr. Murthy said his team worked long hours and had many meetings, but weren’t coming together as a team in the way he would like. He implemented an activity, so during the weekly meetings, one person would be assigned the task of bringing in pictures of something that mattered to him or her, and would have five minutes to talk about the photo.

“In listening, in just five minutes, we got to see whole other dimensions of people we had not understood in working together for a year,” he said.

One woman on staff turned out to be an elite runner who had qualified for the US Olympic Team. Another man, a military aide, brought in a photo of his mother, and talked about how important she was to him as a role model. But it wasn’t just about sharing stories, these moments of connection had tangible positive effects in the workplace.

“People started treating each other differently, stepping out of their lanes and helping each other more,” Dr. Murthy said. “They felt they had been seen. It’s powerful as institutions to create simple opportunities like that to see each other clearly for who they are.”

As individuals, we may not find more time in the day, Dr. Murthy said, but we can improve the quality of the time we spend together. He suggested making a concerted effort to put down devices when talking to people in person, and to continue focusing on using time to serve others—something physicians are doing every day already for their patients, but need to do for each other.

“The joy you get from patients is important,” he said, “but we also need the joy we get from colleagues who see us for who we are.” The care of patients and caring for each other, he stressed, need to be equal priorities.

“We’re particularly hard on ourselves in medicine,” he said. Dr. Murthy spoke of a resident he knew who was blaming herself for not being better at the various academic and administrative responsibilities, noting that the only thing she could do was “sit down at the bedside and make patients feel better.”

The academic and administrative side of medicine can’t and shouldn’t be ignored or dismissed, Dr. Murthy said, but these tasks must be balanced with direct patient interaction.

“Caring for a patient as a human being is at the heart of what we do,” and that includes kindness toward yourself and your colleagues, he said.

Dr. Murthy described his residency experience as challenging but also invigorating, as the leaders in his program and fellow physicians worked to create a healthy working environment where residents felt a “culture where people took care of each other.” He said he has tried to bring this collegial atmosphere into all of his subsequent work experiences.

Toward the end of the session, Dr. Murthy said he was grateful to have the opportunity to speak in front of so many physicians, and that it reinforced the decision he made years ago to join the medical community. “There is something deeper that ties us together as clinicians,” he said, “not only a common experience but a shared set of ideals, set on service.”

“Our ability to care for each other is what is going to bring the day-to-day joy back to medicine,” he said.